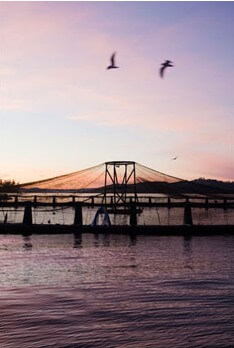 7 August 2012
Tasmanian salmon producer Tassal has been benchmarked as one of the world’s top three salmon and trout farming companies in corporate, social and environmental reporting.

“It is very pleasing to have demonstrated such a significant improvement in just 12 months, and we believe we can improve further,” she said.

“Tassal can be very proud of this achievement. The seafood intelligence report is a very comprehensive and technically-detailed review of the global industry.

“Our sustainability focus and the way we have reported our performance has been well documented. Earlier this year Tassal published its first sustainability report and announced that we had signed a partnership with WWF to underpin our sustainability journey.”

Ms Sams said the top three companies identified in the report – Marine Harvest, Cermaq and Tassal – were the only companies to be rated “very good”.

The report is published annually to help key players and stakeholders (including environmental NGOs and retailers) assess the level of proactive/voluntary transparency and communication displayed by salmon farmers worldwide as they relate to corporate, social and environmental sustainability.