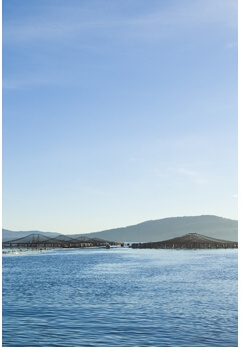 Tassal is the only salmon company in Australia selected to pilot test new international performance standards on its farms.

Initiated and coordinated by the World Wildlife Fund (WWF), the Aquaculture Stewardship Council (ASC) standards are set to be tested on Tassal’s farms in Macquarie Harbour, on the west coast of Tasmania, as part of a final review.

The environmental and social standards for responsible aquaculture were developed with input from more than 2000 international stakeholders.

Chris Ninnes, ASC CEO said: “We are delighted to welcome Tassal as one of ASC’s valued salmon standards pilot partners.

“Having Tassal on board will bring valuable experience to the process.

“The pilots are an important exercise to ensure the future quality and consistency of the audits against the ASC standards.”

“This will see the highest international standards of responsible aquaculture tested in Australian waters by one of the leaders in the aquaculture industry,” she said.

“This is a progressive move by Tassal and an important first step towards full ASC certification for all its operations in the future.

Tassal chief sustainability officer Linda Sams said the company was very pleased to be hand-picked to assist with the final on-farm pilot audits.

“Our sustainability focus and the way we have reported our performance has significantly improved over the past 12 months,” she said.

“This improvement has been recognised in an international context.

“So it is very gratifying for Tassal to assist with the final stage of this important development work.

“Not only will Tassal be providing practical feedback to further enhance the ASC’s draft audit manuals, we will be able to use the pilot audits to develop an understanding of how our business practices relate to the relevant ASC standard.”

The ASC is an independent, global not-for-profit organisation founded in 2010 by the WWF and IDH (The Sustainable Trade Initiative) to manage the global standards for responsible aquaculture.