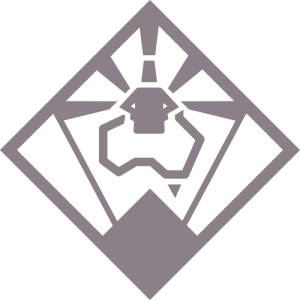 The naming of Mark Ryan as the winner of The Richard Pratt Banksia CEO Award is rightful recognition for a proud and passionate Tasmanian with a significant belief in the state and its natural attributes, Tassal chairman Allan McCallum said.

Presented by the Banksia Foundation, its annual awards recognise and celebrate individual and organisation contributions to sustainability across Australia.

Mr McCallum said Mr Ryan’s success as Managing Director and CEO of Tassal had been achieved with a strong focus on sustainability.

“Mark has established a pathway for the industry to grow sustainably, which will further benefit the Tasmanian economy and Tassal’s employees,” he said.

In 2012 under Mark’s leadership, Tassal partnered with WWF-Australia, part of the world’s largest conservation organisation.

The partnership with WWF, along with Mr Ryan’s passion for sustainability, led Tassal to become the first producer of farmed salmon in the world to achieve full Aquaculture Stewardship Council (ASC) certification across all sites in November 2014.

ASC certification is the highest standard for responsibly-farmed seafood in the world and provides credible, third party validation to consumers that they are purchasing seafood from farms that limit impacts on the environment and communities.

Mr McCallum said Mr Ryan’s drive to create a sustainable aquaculture operation had been a defining quality that had influenced his leadership style and the attitude of his employees.

“Under Mark’s direction, Tassal is demonstrating that industry can be sustainable while taking care of the environment and local regional communities,” he said.

“It secures Tassal’s growth path, and more importantly, jobs into the future, filling a very important economic gap in rural and regional communities in Tasmania.”