Number one spot globally for Tassal 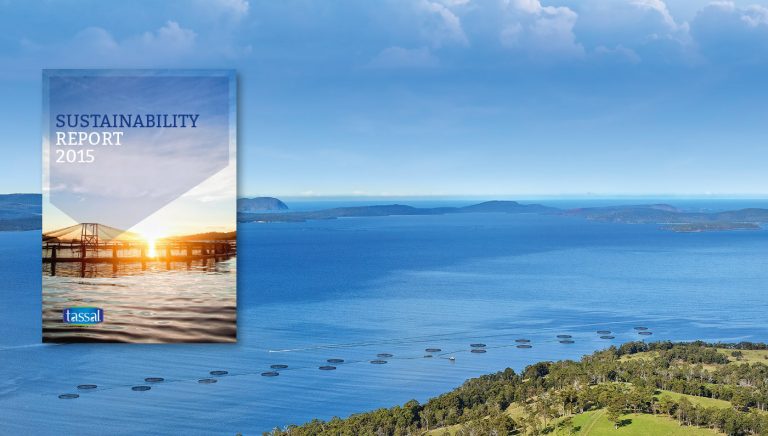 Tasmanian salmon producer Tassal has been benchmarked as the world’s top salmon or trout company in an international report on sustainability reporting and transparency.

The seafoodintelligence.com report said: “
the (Australian) firm continues to humble us by its dedication to environmental and economic sustainability, and its engagement with stakeholders.”

The report’s authors congratulated Tassal for the publication of its fifth Sustainability Report.

“The 2016 report (was) well designed and equally well written (and) has not disappointed,” it said.

“There are so many insightful comments in terms of sustainability and salmon farming that we’d strongly recommend that some other salmon farmers and aspiring sustainability reporters make the Tassal report bedside reading.”

The report said Tassal was one of only a handful of companies that were providing sustainability reporting leadership.

“Tassal is driven by the sustainability of its business, which includes the financial dimension,” it said.

Tassal’s head of Sustainability and Fish Health Linda Sams said the company was delighted to be recognised in this way.

“It is a significant achievement, and one we are very proud of, but we are prepared and committed to continuing to work with our stakeholders, staff and partners to achieve further improvements,” she said.

Ms Sams acknowledged Tassal’s partnership with WWF Australia as an important element in the benchmarking success.

Dermot O’Gorman, Chief Executive Officer of WWF-Australia said: “We are proud of our partnership with Tassal, a company which is demonstrating leadership in producing high quality and responsibly sourced food.

“Tassal is a great story of an Australian company working for sustainability, and since 2012 Tassal have been certified by the Aquaculture Stewardship Council (ASC) which WWF recognises as the highest global standard for responsibly farmed seafood.

“This latest report is testament to the consistent hard work by Tassal’s committed staff.

“I would like to congratulate Tassal on its continued efforts, and look forward to working in partnership over the coming years.”

The annual seafoodintelligence.com report is prepared to help key salmon farming industry players, retailers, environmental organisations and all stakeholders assess the level of proactive and voluntary transparency and communication when it comes to corporate, social and environmental sustainability reporting.

The report is also designed to help salmon farming companies aspiring to a higher level of sustainability reporting to compare and benchmark their performances with that of their competitors and leaders in the field.