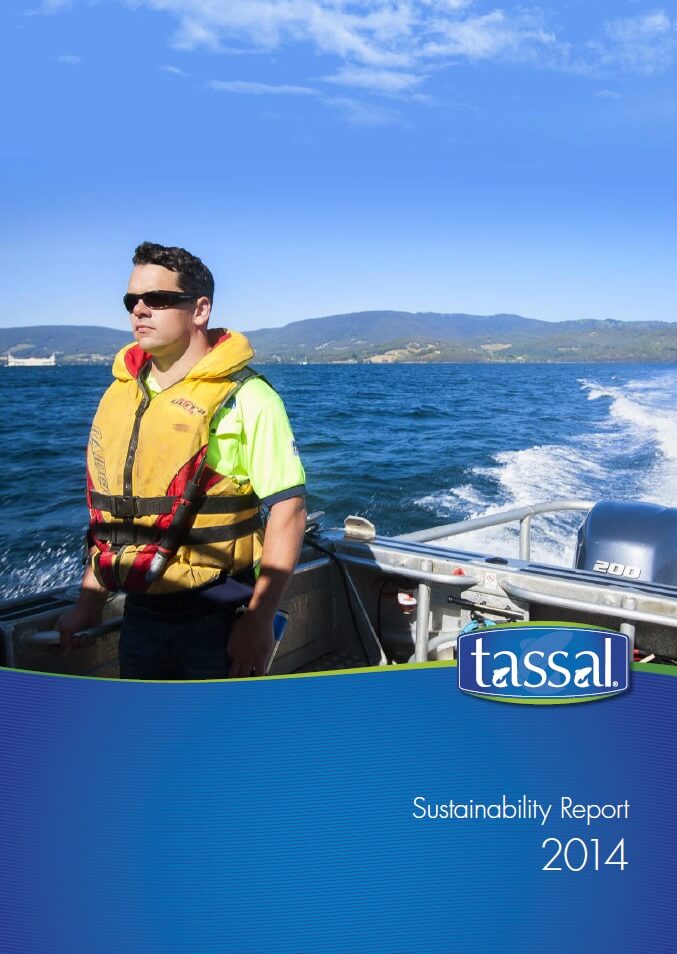 Tasmanian salmon producer Tassal has published its fourth Sustainability Report that reports on all of the company’s operations.

“Through all of the sustainability reports that we have produced, including the latest report released today, we have demonstrated a tangible commitment to opening the doors of our business to external audiences,” he said.

“We have made a tremendous amount of progress in the sustainability space over the past four years.

“Our partnership with WWF Australia has been pivotal, as has the contribution of researchers, regulators, peak bodies, community members and mentors.”

Mr Ryan said it had been a “solid year” focusing on achieving outcomes supporting Tassal’s transformation to a fully sustaining organisation.

“Progress made towards full Aquaculture Stewardship Council (ASC) certification and securing OHSAS 18001 and AS 4801 workplace health and safety certification were two outstanding achievements of the reporting period,” he said.

“We have achieved our target of full ASC certification across all marine sites, which was a first for the global salmon farming industry.

“In addition, we are one of only two aquaculture companies that are certified to the OHSAS 18001 and AS 4801 standards in Australia.”

Mr Ryan said the company remained strongly committed to ongoing dialogue with stakeholders, proactively engaging with all stakeholders who were known to Tassal.

“Tassal has developed an adaptive Stakeholder Engagement Program to ensure than are ample opportunities for stakeholders, including the communities in which we operate, interest groups and individuals, to engage with us about our activities,” he said.

“Tassal expanded on its existing stakeholder engagement activities and conducted a number of community meetings, workshops and information sessions,” he said.

“As a direct result of feedback received, Tassal modified both amendments to align better with stakeholder expectations.”

The 2013/14 Sustainability Report is aligned with the Global Reporting Initiative’s (GRI) framework for sustainability reporting.  It is Tassal’s first report to use the GRI’s latest G4 reporting guidelines.

The report notes that Tassal remains committed to operating responsibly alongside wildlife that are the rightful inhabitants of the environments in which Tassal operates.

Mr Ryan said sustainability was a key business driver and an area that was consistently increasing in consumer importance.

“Our focus on sustainability and gaining ASC accreditation across all of our farms is a demonstration of our commitment to the environment and fish health.”

Tassal is an ASX-listed public company that employs more than 950 people.